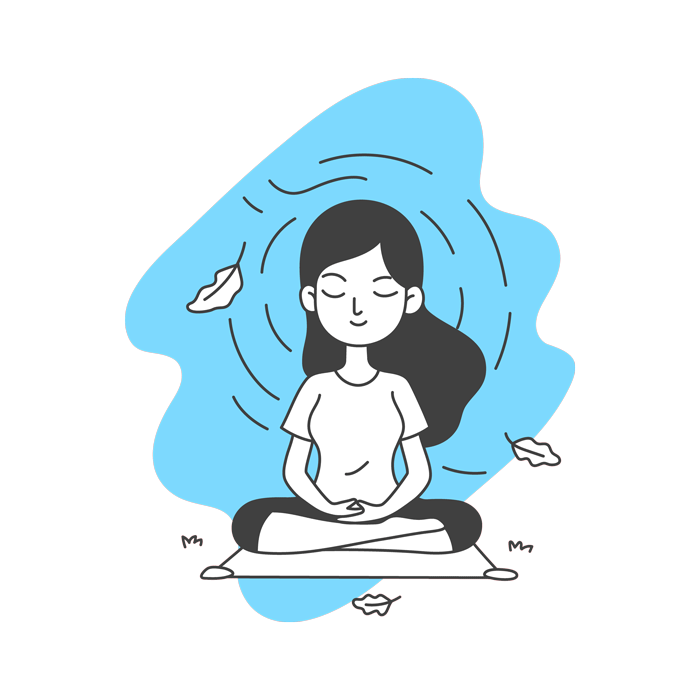 The Way of Life

envisaged for the people of India by their sages and saints of yore from time immemorial is known as ” SANATHANA DHARMA “. ‘Sanathana’ in Sanskrit means eternal and ‘Dharma’ means a way of life. Therefore, Sanathana Dharma simply means, ” a way of life that leads man in the evolutionary direction (towards higher spiritual orders of life i.e. towards salvation) “.

Dharma never means Religion as professed in the ordinary sense. Religion is a set of Do’s and Don’ts prescribed rightly or wrongly by its founder for his followers demanding unquestioning faith and loyalty to his teachings, and with certain punishments for not following them. In this sense Sanathana Dharma is NOT a religion, for it has neither a founder nor a beginning. Further Sanathana Dharma is not wedded to or limited to any one man’s spiritual thought process. It is the collective spiritual wisdom (amalgam) of infinite number of enlightened great sages, saints and philosophers of India from time immemorial. Therefore, it is NOT a religion but a way of life of Hindus in a very broader sense. It is Eternal and Universal as nature is, and all-encompassing, and always catering to the evolutionary instincts of man at varied levels. “Sanathana Dharma” is also known as Hinduism.

The invaders from the north-west frontier of the subcontinent who invaded India in the recent historical time, called the civilization beyond Sindhu river as Hindu and it became the name of Sanathana Dharma. In fact there is no such civilization called Hindu as seen in our Puranas (legends) and Ithihasas (history).

One who leads life in accordance with Dharma (righteous way of living) i.e., following the divine principles like, love, compassion, non-violence mentally and physically except for self protection or for establishing the righteousness, charity, doing allotted or accepted duties in the right and dedicated way, service to the Supreme BEING by way of serving the fellow-beings, abstaining from cheating or deceit, maliciousness, jealous etc., practising spiritual practices like devotion to the Supreme BEING, Meditation, Worship, Prayer etc. will not get into Karma which is the cause for re-birth.

Thus, one who leads life in accordance with Dharma, for him there is no Karma and therefore no Punarjanma (Rebirth).

Those who do not lead life in accordance with Dharma shall get into the bondage of Karma and therefore take birth again and again (Punarjanma) to work out their Karma.

Those who lead life according to Dharma, incur no new Karma and also wipe out accumulated Karma of the past and when left with no Karma, there will be no cause to take Punarjanma (rebirth). Freeing oneself from all types of Karma is known as Mukthi ( liberation from the bondage of Karma ). Then the Individual Consciousness (self or ego) dissolves into the Universal Consciousness, attaining eternal rest from the cycle of births and deaths, as there is no Karma to take birth again. This is Moksha (Salvation).

These are the four fundamental PILLARS of Sanathana Dharma.

This philosophy of evolution for the people of India, and in accordance with which their way of life has been moulded in Sanathana Dharma, is known as VEDA-VEDANTHA. The goal of life is not for heavens ( which is interim ) but for the salvation (Moksha). Therefore, the way of life envisaged for the Indians by this great wisdom is a kind of worldly life strongly laid on the foundation of fundamental spiritual evolution leading in the direction of Salvation.

VEDA means knowledge. ‘Veda’ is the cosmic science which deals with the knowledge of various cosmic laws that are operating in the creation; and their propitiation in their manifest form for the well-being of man and the world at large.

Vedas declare that there are innumerable divine laws (Gods and Goddesses which are often mistaken for plurality of God) governing the creation and each one can be identified in a symbolic form, invoked, worshipped and appeased to salvage the individual, environment and the world. Various methodologies like Worship, Yagna, Homa (certain vedic rituals) and other technical ways are envisaged in the four branches of knowledge known as Rigveda, Yajurveda, Saamaveda and Atharvaveda. Vedic way of life is for the welfare of man and following it will lead him to higher orders of life in the course of his evolution.

VEDANTHA is pure knowledge that deals with the un-manifest, all-pervading, Omnipotent, Omniscient , Absolute BEING. IT is the source of all knowledge, bliss and peace, from which all 60 61 creation (animate and inanimate) manifests, sustains itself and finally dissolves into the same BEING from which it has emerged .

This Absolute Universal Being cannot be invoked, worshipped and appeased like the Gods and Goddesses (Cosmic laws), except by dissolving oneself into THAT.

Vedantha is the philosophy for the evolution of the individual beings into the UNIVERSAL BEING. Therefore, Vedanta is the path of salvation (Moksha). The Vedanthic way of life is very simple, natural and easy and can be followed by one and all. Ignorant or intelligent, sinner or saint, all can follow this way of life. After all, it is to realise and establish (yogasthithaha) in that Absolute Universal Being which is the cause of everything.

The Essence of Vedantha is as follows :- 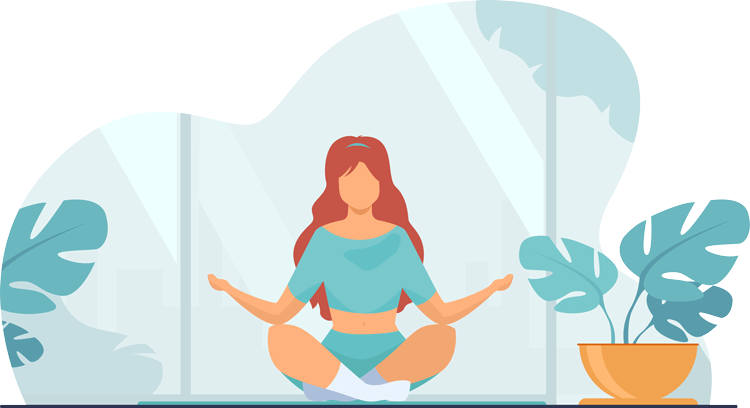 If the UNIVERSAL BEING is the only Truth, then what about creation with all its diversities ?

A dream is very real so long as it is being dreamt,but on waking it simply disappears as if it never happened at all. Similarly, creation exists only in terms of time and space and once the individual consciousness wakes up in thatUNIVERSAL BEING shedding its individuality,the whole creation with all its diversities disappears ( just as the dream disappears ) andthen the creation is perceived in the UNIVERSAL BEING as only a transient reality and not as an Absolute reality. Hence, the dualities of the world will not have effect on the entity which is established in that UNIVERSAL BEING.

Once the entity has lost its individuality by dissolving its ego in the UNIVERSAL BEING which is unattached and unaffected by the changing creation, the entity is freed from all desires, sorrows, attachments, pains and pleasures that exist in the world. When one is established in that everlasting, non changing eternal BEING, one ceases to exist throughego, intellect, mind and senses, but continuesto be in the BEING as Universal BEING.This is salvation. Then, Here or There itdoes not matter for IT (Universal Being) is everywhere and there is nowhere to go in the FULLNESS. JUST STATIC ( Sthithaha -Anchored in the Absolute Being ).

What prevents Man from establishing himself in that state of ABSOLUTE BEING?

Karma (sum/total of good and bad actions) is the barrier which prevents an entity from establishing itself in that Absolute BEING.
Karma is not only the barrier hiding the true nature of an entity but it is also THE cause for its rebirth making it to manifest again and again within creation (time and space) through ego.When this Karma is erased or cleansed, the entity ceases to exist through its ego (individuality)and dissolves into the Absolute BEING, just as a wave recedes merging into the sea or just as allowing river losing itself by integrating into the sea.

How does Karma begin?

The WILL of the Supreme BEING to create(manifest itself in many fold) is the ACTION and manifestation of creation (animate and inanimate) from ITSELF is the REACTION.Thus the divine law of action and reaction(Karma) was set in motion.

It is this cosmic law of Karma that governs,controls and beholds the creation through it’s an ACT OF BALANCING at all levels of creation without fail. No action of any Being anywhere in the creation can escape from receiving the reaction at an appropriate time in a relevant birth.

The Supreme BEING does not sit in judgement and punish or reward for the good and bad actions of the entities in the creation.This concept that GOD is the punisher for bad action or awarder for good actions is the primitive thinking and it is born out of ignorance.The GOD or the Supreme BEING is the silent witness to all that goes on in the creation and IT remains by ITSELF in silence, bliss and peace i.e., in a state unaffected by creation. However,God has set this greatest divine law of Karma into motion which operates at all levels of creation in varied ways carrying out the act of balancing ( judgement, punishment or reward etc.) in creation. No definite ways of operation of the law of Karma can be fixed because infinite are its ways of functioning.

How to cleanse this accumulated Karma and realize the UNIVERSAL BEING or SUPREME BEING?

VEDANTHA advocates MEDITATION on the form or formless state of the UNIVERSAL BEING as the Supreme way to realise the Eternal BEING.The goal of Meditation is to liquidate the Karma and dissolve the ego into the UNIVERSAL BEING.All the other modes of spiritual practices like worship, devotion, prayer etc., ultimately lead to Meditation on the UNIVERSAL BEING, because Meditation alone can lead to one’s own dissolution into that ABSOLUTE BEING by way of turning the conscious mind inward, towards SELF and COSMIC SELF.

Here or There, it does not matter for IT is everywhere. You have nowhere to go except dissolving yourself into THAT all-pervading UNIVERSAL BEING, for eternal rest from the cycle of birth and death, by Anchoring in the ABSOLUTE.