The Essence of Indian Spiritualism 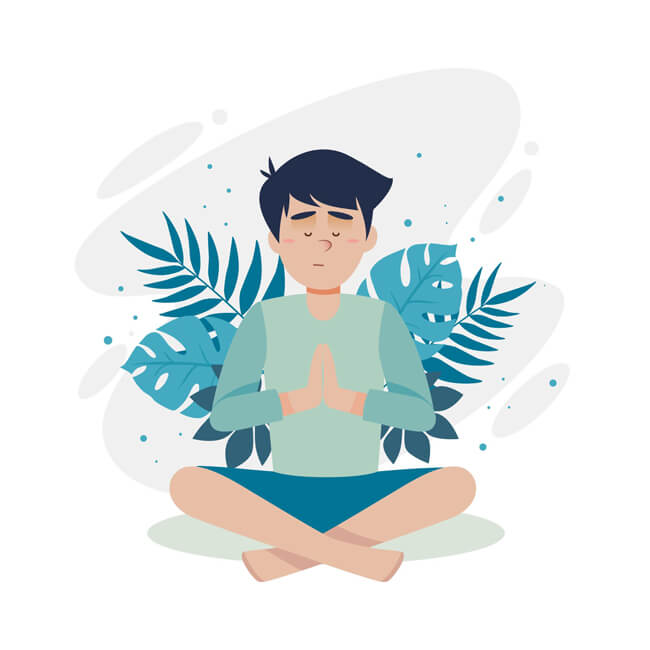 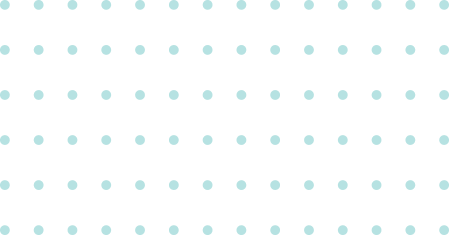 The physical body approach: – The physical body is considered as the temple in which the Priest (Mind) and the Soul (Individual Consciousness) resides (deho devaalayaha). Therefore, the physical body should not only be taken proper care to have good health but also develop positive rhythms in it so as to be helpful in realising the latter two (shaarira maadhyam idam khulu dharma saadhanam :- meaning body is the means to realize one’s spirituality through righteous ways ).

In order to do this firstly the body has to be fed with pure food which means that the food should be derived from the righteous means i.e. not from the money earned by way of deceit, crocked means, cheating, violence causing pain, sorrow or death to the other beings, theft etc. The food derived out of unrighteous means carry along with it high negative vibrations however right dietary nutrition value may be there in it. It is simply the impure food which infuses negative traits and tendencies in man not only deviating him from the ladder of evolution but also making him to further his negative traits and tendencies. This gradually results in his Mind and Soul (consciousness) plunging in to the realms of darkness meaning falling into spiritual degeneration (dehumanizing oneself). Therefore, Indian spiritual approach suggests to adopt a reasonable RIGHTEOUS way of earning the money which is the giver of pure food (positive food).

The next aspect with regard to the physical body is to keep it fit and healthy so as to help to the adoption of pure and higher spiritual practices. In order to behold the unfolding of divine values in the Mind, the body should be somewhat positive or divine enough. Therefore, one has to adopt proper physical activities. In the normal course man is engaged in physical activities for earning his bread. Some people also do exercises and play sports too which keep them physically fit and healthy but these activities will not be helpful in developing divine (positive) rhythm in the body to further the spiritual development. Therefore, the ancient saints and sages of India have intuitively developed Yogasanas. Yogasanas are such rhythmtic physical body postures which not only help in enriching the blood circulation to all parts of the body but also relaxes each and every muscle of the body. This results in better health and flexibility to the body which in turn helps in the healing process of the ailments of the body, further helps in imbibing cosmic energy into the body. Thus body develops positive rhythms conducive for further spiritual practices.

In order to connect the positive rhythms of the body to the Mind to further the spiritual practices, the sages and saints developed simple, natural deep breathing method called Praanayama. Praanayama is nothing but drawing the cosmic energy into the gross and finer levels of the body so that the efficacy of the divine rhythms in the body is enhanced.

When the divine rhythms of the body is connected to the Mind through deep breathing i.e. Praanayama, then the body and Mind co-ordination is properly established paving the way for Aadhidhaivic practices (such practises which are helpful in the divination of the Mind connecting it to one’s own pure consciousness or the soul).

Divination of the Mind

In the Indian spiritual thought, Mind is considered as pure and divine (positive) in nature. However, the Mind is highly influenced by the inherent positive and negative traits and tendencies present in each individual (buddhi karmaanu saarini). Further it is considered that the subconscious layers of the Mind is the store house of karmic forces accumulated from innumerable births. This accumulated karmic forces are responsible for the present Mental and physical state of the person. The inborn qualities vary from person to person despite all are human beings because of each one’s karma.

Karma (sum of good and bad actions of the past lives) is the root cause for the happenings in one’s life despite one has freedom to choose the right and the wrong. This underlying CAUSE hidden in the subconscious layers of the Mind i.e. the karma has to be purified. The karma is the tainter of the pure Mind which is basically positive or divine in nature. Mind is the cause for all of one’s thinking and action (good or bad). Mind is considered as the great wall that stands as an obstacle to establish oneself in one’s own pure consciousness.

Therefore, the Mind has to be tamed, purified enough to become totally transparent so that one can experience his pure consciousness which in turn connects him to the Universal Consciousness, the spiritual goal.

Experience of one’s own pure consciousness

Aadhiboutic and Aadhidhaivic dimensions finally lead to this Aadhyathmic or pure spiritual dimension which is the non-changing and eternal ONE.

The Aadhyathmic or the pure spiritual dimension which is the original consciousness Universally underlying the whole creation and also full in the creation is described as follows. 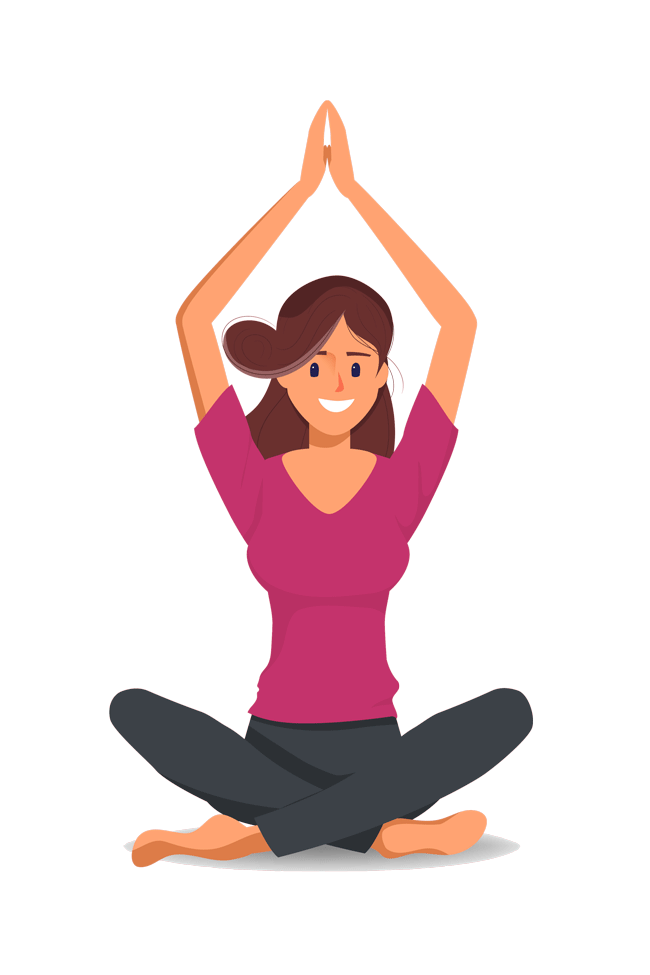 THE EVOLUTION OF MATTER (CREATION)

The Reality of Creation

If the UNIVERSAL BEING is the only Truth, then what about creation with all its diversities ?

A dream is very real so long as it is being dreamt, but on waking it simply disappears as if it never happened at all. Similarly, creation exists only in terms of time and space and once the individual consciousness wakes up in that UNIVERSAL BEING shedding its individuality, the whole creation with all its diversities disappears ( just as the dream disappears ) and then the creation is perceived in the UNIVERSAL BEING as only a transient reality and NOT as an Absolute reality. Hence, the dualities of the world will not have effect on the entity which is established in that UNIVERSAL BEING. 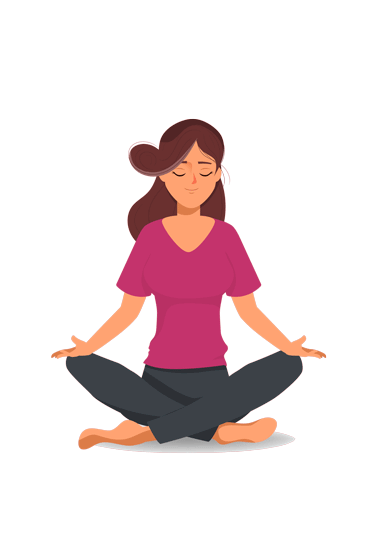 Once the entity has ALIGNED its individuality (Being) with the UNIVERSAL BEING which is unattached and unaffected by the changing creation, the entity is freed from all desires, sorrows, attachments, pains and pleasures that exist in the world. When one is established in that everlasting, non-changing eternal BEING, one ceases to exist through ego, intellect, mind and senses but continues to be in the BEING as Universal BEING. This is salvation. Then, Here or There it does not matter for IT (Universal Being) is everywhere and there is nowhere to go (heaven or hell) in FULLNESS. JUST STATIC ( Sthithaha – Anchored in the Absolute Being forever even if one is within time and space).

What prevents Man from establishing himself in that state of ABSOLUTE BEING?

Karma (sum/total of good and bad actions) is the barrier which prevents an entity from establishing itself in that Absolute BEING.

Karma is not only the barrier hiding the true  nature of an entity but it is also THE cause for its rebirth making  it  to manifest again and again within creation (time and space) through ego. When this Karma is erased or cleansed, the entity ceases to exist through its ego (individuality) and dissolves into the Absolute BEING, just as a wave recedes merging into the sea.

How does Karma begin?

The WILL of the Supreme BEING to create (manifest itself in many fold) is the ACTION and manifestation of creation (animate and inanimate) from ITSELF is the REACTION. Thus the divine law of action and reaction (Karma) was set in motion.

It is this cosmic law of Karma that governs, controls and beholds the creation through its ACT OF BALANCING at all layers of the creation without fail.  No action of any Being anywhere in the creation can escape from receiving the reaction at an appropriate time in a relevant birth.

The Supreme BEING does not sit in judgment and punish or reward for the good and bad actions of the entities in the creation. This concept that GOD is the punisher for bad action or awarder for good actions is the primitive thinking and it is born out of ignorance. The GOD or  the Supreme BEING is the silent  witness to all that goes on in the creation and IT   remains by ITSELF in silence, bliss and peace i.e., in a state unaffected by creation. However, God has set this greatest divine law of Karma into motion which operates at all levels of creation in varied ways carrying out the act of balancing ( judgment, punishment or reward etc.) in creation. No definite ways of operation of the law of Karma can be fixed because infinite are its ways of functioning.

How to cleanse this accumulated Karma and realize the UNIVERSAL BEING or SUPREME BEING?

VEDANTHA, the highest Indian spiritual thought advocates MEDITATION on the form or formless state of the UNIVERSAL BEING as the Supreme way to realize the Eternal BEING. The goal of Meditation is to liquidate the Karma and dissolve the individual ego into the UNIVERSAL BEING. All the other modes of spiritual practices like worship, devotion, prayer etc., ultimately lead to Meditation on the UNIVERSAL BEING, because  Meditation alone can lead to one’s own dissolution into that ABSOLUTE BEING by way of turning the conscious mind inward, towards  SELF and COSMIC SELF.