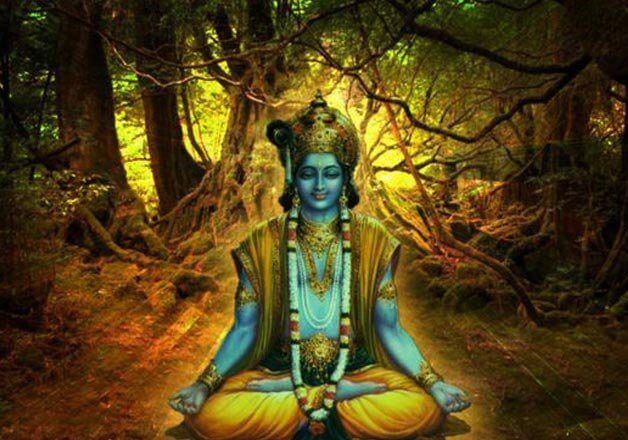 Action done without attachment of desire to it or behind it, will be one pointed ( consistent i.e. without oscillation or deviation ). When desires are attached to it , actions suffer from wavering ( inconsistency ).

[ Bhagavad-Gita is a practical spiritual philosophy mainly focussing on the RIGHT ACTION (purity of action) which does not result in REACTION (binding the action doer in the law of karma). The entire counselling of Arjuna by Lord Krishna is to remove the fear of Arjuna that he was doing wrong action by killing his own kith and kin for the sake of fulfilling his and his brothers desire to get back their rightful share in the kingdom. He was overcome by the sense of guilt , compassion, and confusion whether to fight the war or not. Therefore, it became necessary for Lord Krishna to teach the secret of RIGHT ACTION to Arjuna to dispel his apprehension. In the coming stanzas time and again there is reference to doing action without desire or free from desires ( Nishkaama karma ).

Similarly a business man rightly doing his business and expecting profits to fulfil his requirements and that of his family, cannot be said as action with desire. In the above two aspects as examples, the only thing for consideration is whether there is RIGHT action or purity of action in earning their livelihood (to avoid reaction from the law of karma).

This is the theme of the counselling given to Arjuna to fight the Mahabharata war ( which is primarily for the purpose of putting down unrighteousness and for the fulfillment of righteous desires of Pandavas to get back their share of kingdom which was deprived to them by Dhuryodhana by deceit ).

Therefore , RIGHT ACTION means action done for the purpose of fulfillment of such desires which are in accordance with DHARMA either for the good of the individual, society or for the world. If Arjuna’s action of fighting the war has no purpose for him, then his actions become meaningless and direction less.

Action done for the good and righteous purpose but with some greed behind it is an imperfect action. Like doing good for the sake of name, fame or even for earning the divine grace.

Therefore, wherever and whenever references come in the future stanzas with regard to action without desire, simply means action without any greed, bad intention, deceit and unrighteousness, and totally for righteous purpose.

Action without desire should be further understood as or construed as action done in accordance with Dharma devoid of greed, anger, selfishness, arrogance ( egoism ), infatuation and jealous ( six negative traits ). Therefore, in this practical world one should try to do actions righteously as far as possible to reduce karmic load.]

Arjuna, perform action having an EVEN ( neutral ) state of mind (not worried about success or failure from such action). Developing this EVEN state of mind is called Yoga.

Actions done with the desires for the results only, is always of lesser order ( imperfect action because, for the sake of results one may take to deviant paths ) meaning it binds the person who is doing the action in Karma ( action and reaction phenomena ). Therefore, be intelligent enough to do action with the EVEN state of mind ( not worrying about success or failure ).

A person who does action with the EVEN state of mind will leave back the good and bad results of such actions in this world itself. He will be freed from the bondage of karma. Therefore, you prefer to do action in this yogic state of mind (EVEN state).

People of knowledge who does action with this EVEN state of mind will alone have the ability to renounce the fruits of their action and free themselves from the bondage of action ( karma) and attain the highest state ( salvation).

When your mind is constantly focussed on the Supreme BEING (through Meditation) and not swayed away by the affairs of the world, you will develop this state of Yoga (EVEN state of mind).

Just as a tortoise withdraws all its appendages and become static, when the senses focussed on the worldly affairs are withdrawn into the SELF ( Individual Being ), the mind becomes stable and attain’s this state of yoga.

He who has established in his own SELF and attained the stability of the mind, will realise the Supreme BEING because the Individual BEING or the SELF is the connector to the Supreme BEING. This is YOGA, the Alignment. He who meditates on ME (the Supreme BEING), gradually his mind will attain this EVEN state.

He who is strongly attached to the worldly desires will suffer from frustration when his desires are not fulfilled. Frustration in turn leads to Anger.

Frustration and Anger blocks the wisdom. Loss of wisdom degenerates a person.

He who has not controlled his senses will be carried away by emotions. Loss of emotional stability will deprive him peace of mind. There is no happiness without peace of mind.

The Essence of Bhagavadgita 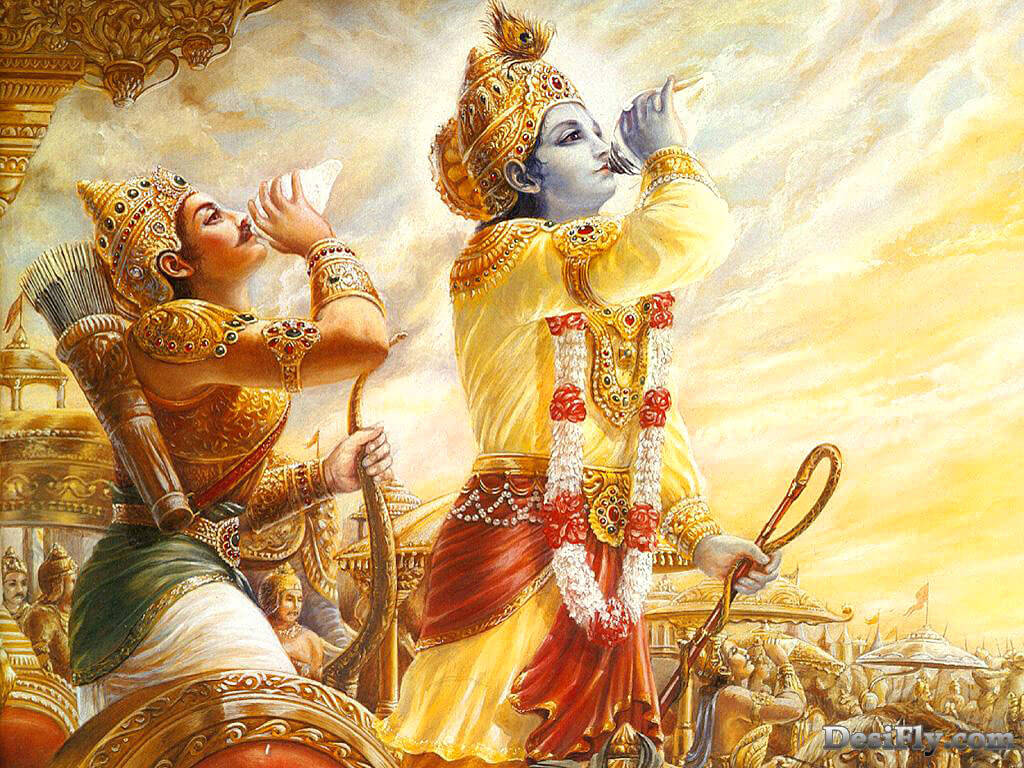 The Essence of Bhagavadgita – Page 1

the battle field when the epic Mahabharatha battle was about to begin. 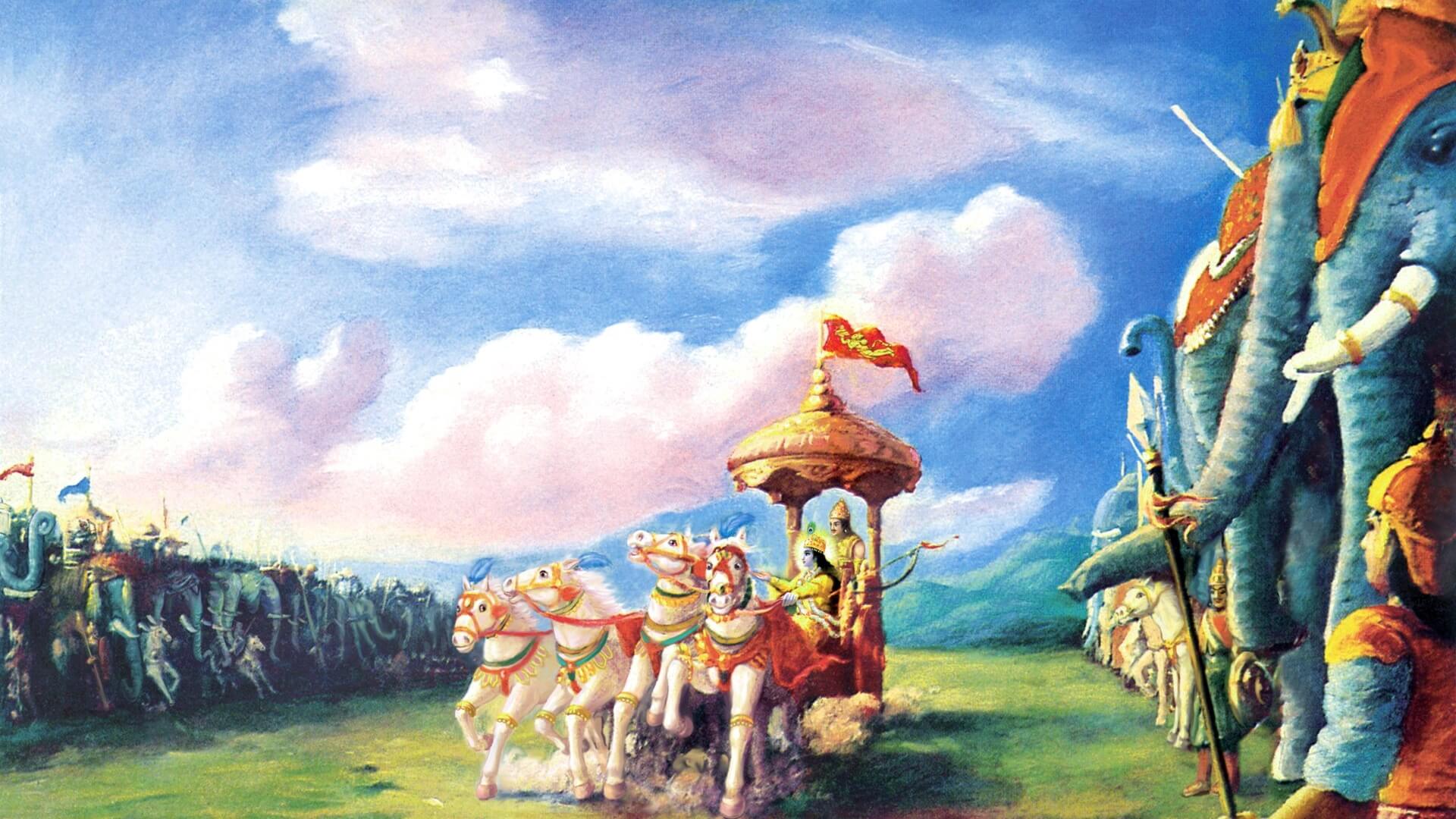 The Essence of Bhagavadgita – Page 2

Therefore, I have surrendered to you now. I am your disciple now. 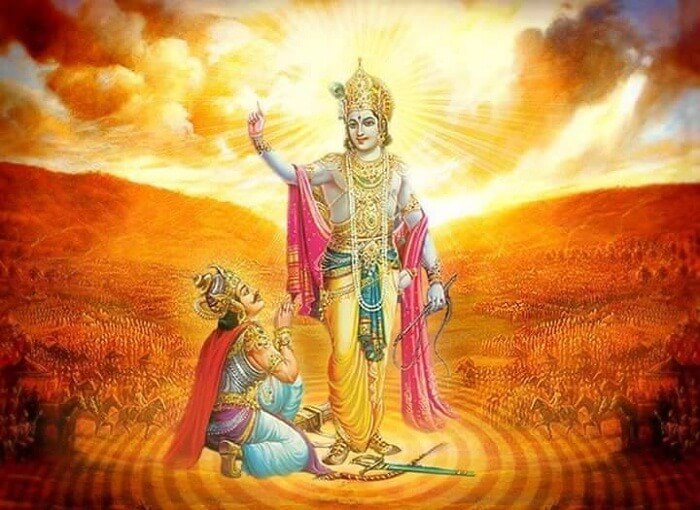 The Essence of Bhagavadgita – Page 3

Arjuna, he who is aware of this truth that the soul is eternal and indestructible…

Action done without attachment of desire to it or behind it, will be one pointed… 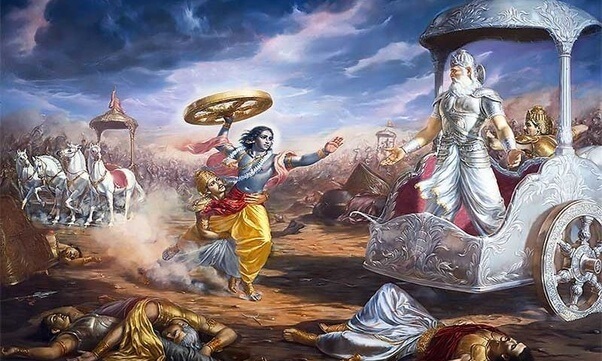 The Essence of Bhagavadgita – Page 5 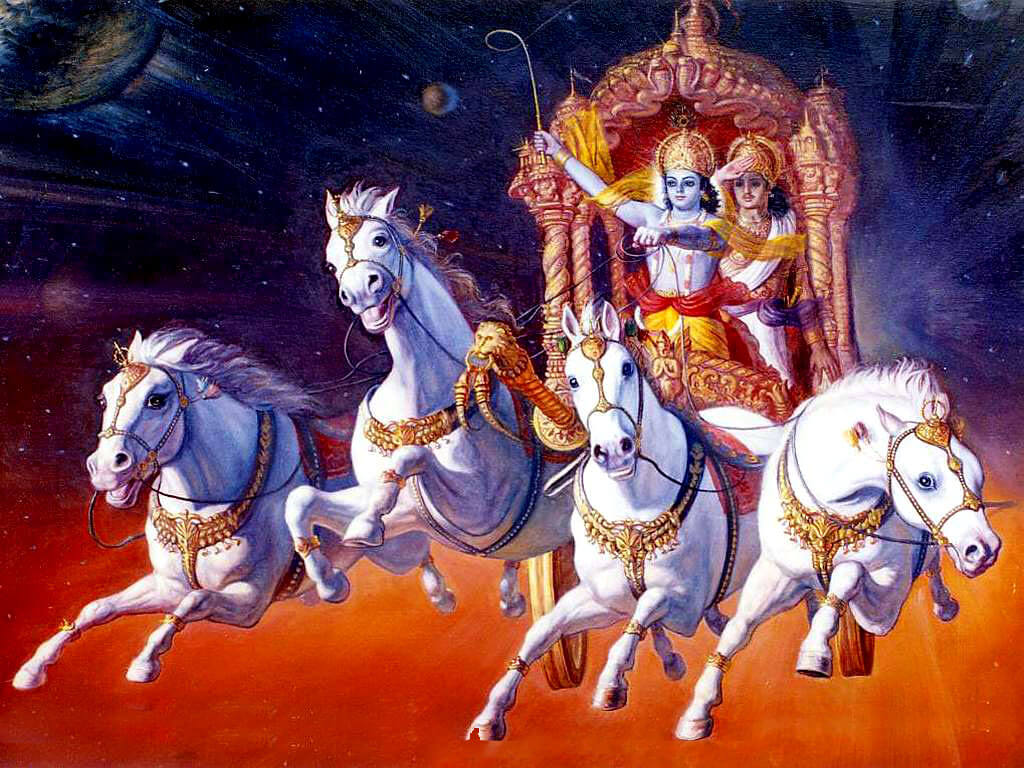 The Essence of Bhagavadgita – Page 6 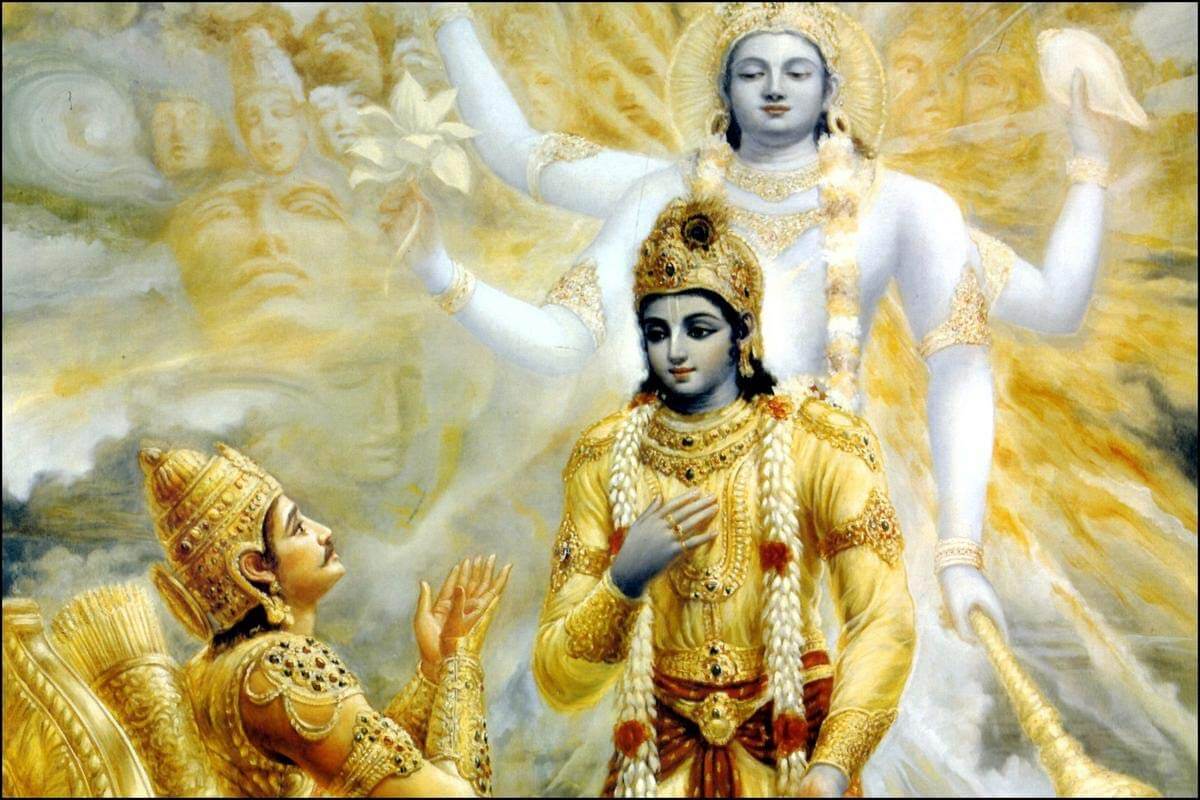 The Essence of Bhagavadgita – Page 7

Everyone is humble by birth (born to work out his karma)… 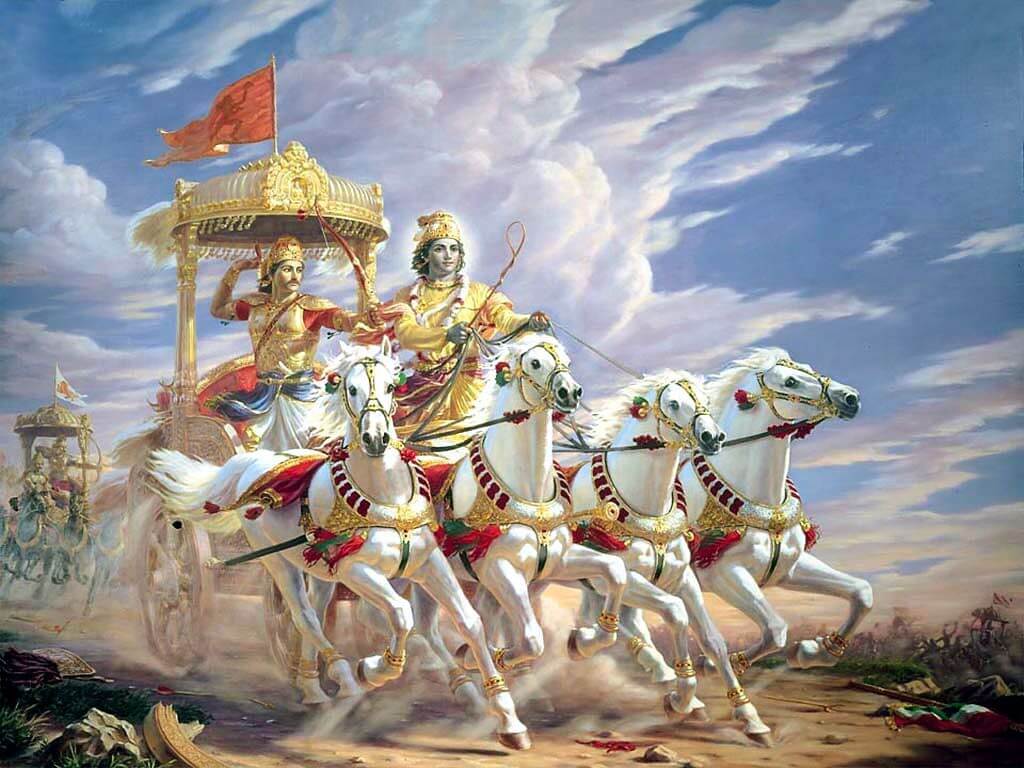 The Essence of Bhagavadgita – Page 8

He whose mind is established in the Supreme Being, such a person develops equanimity… 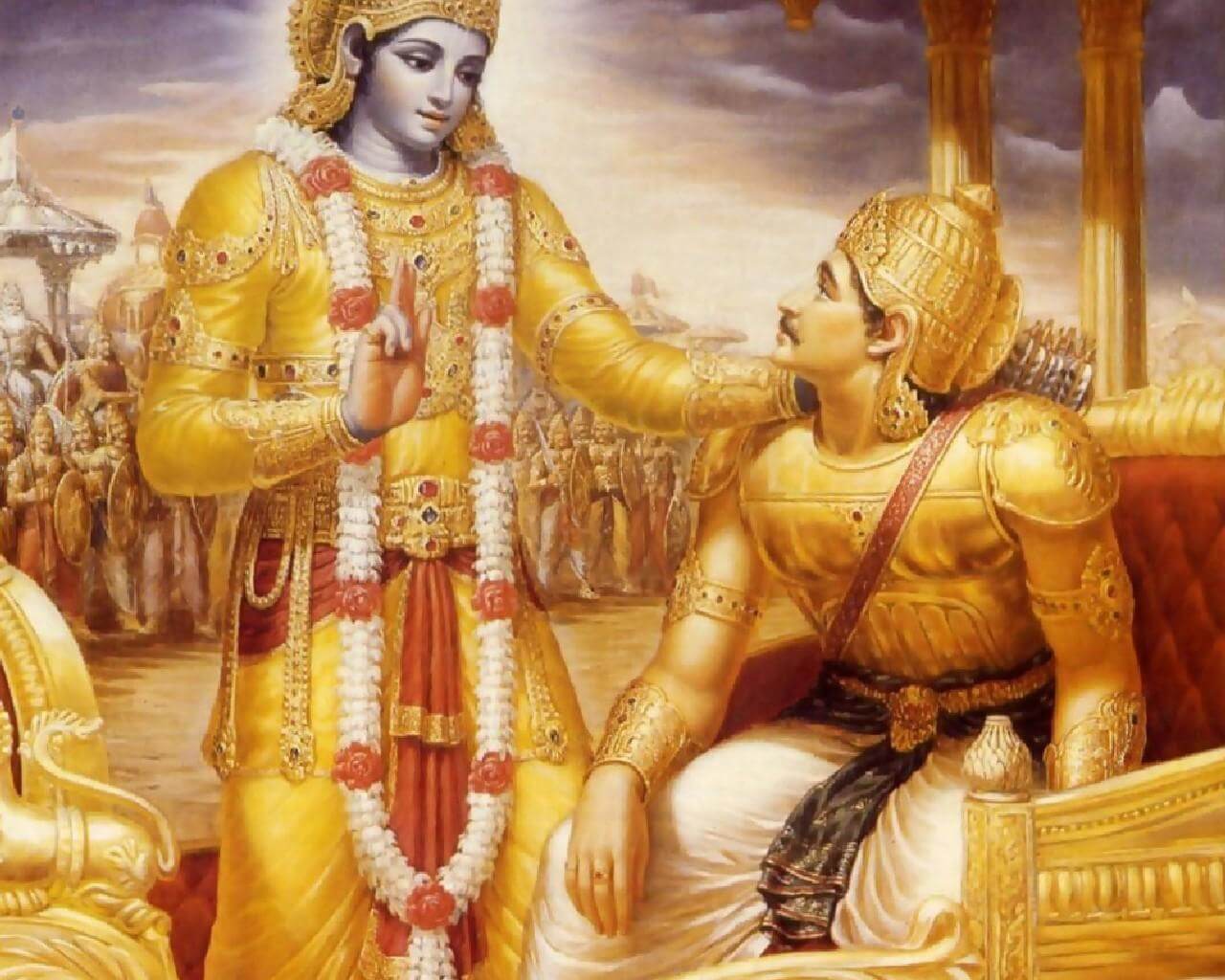 The Essence of Bhagavadgita – Page 9

However, those who are strongly gripped by this Maya (three traits) will find it difficult to meditate on ME…

The Essence of Bhagavadgita – Page 10 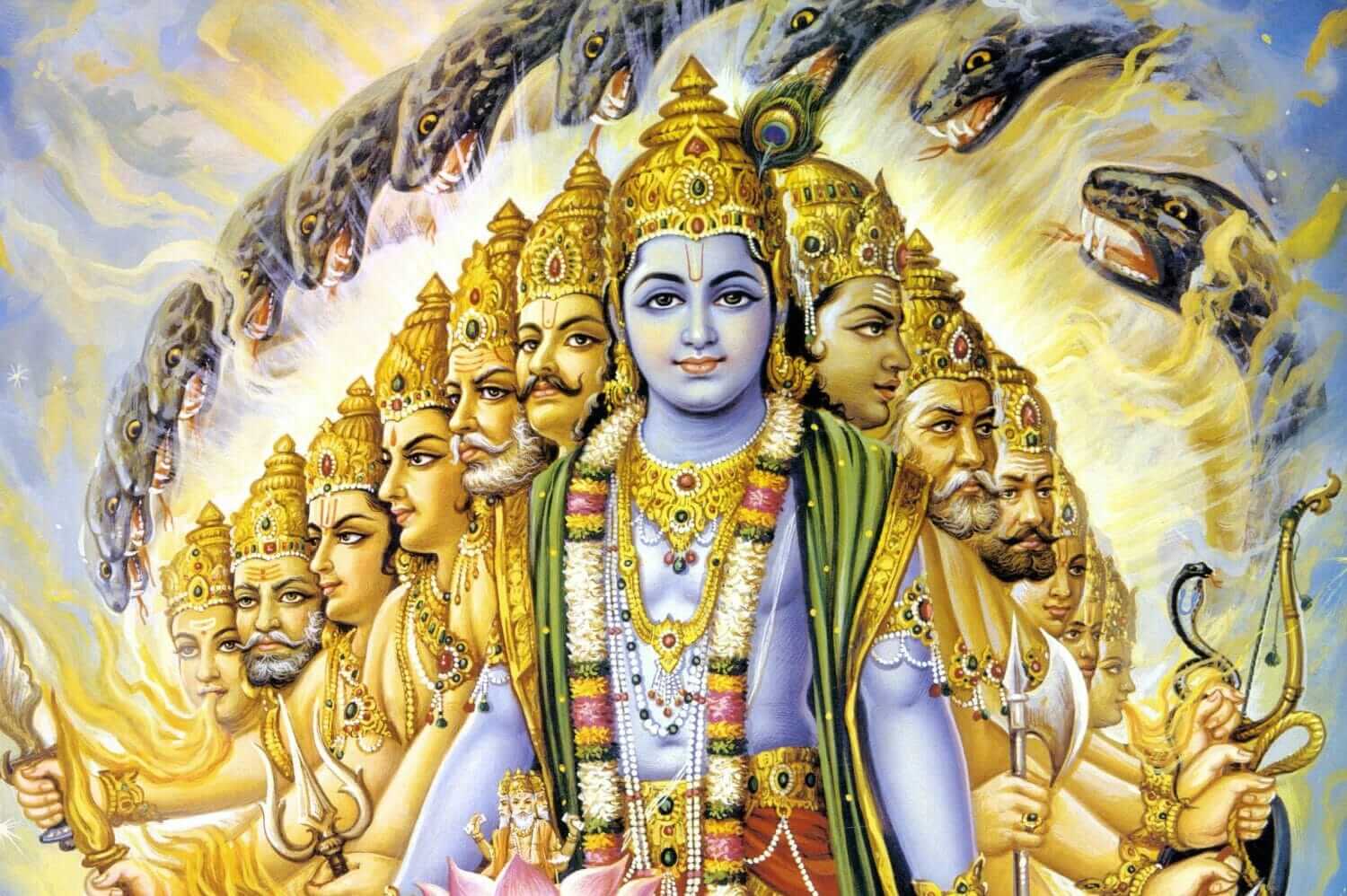 The Essence of Bhagavadgita – Page 11 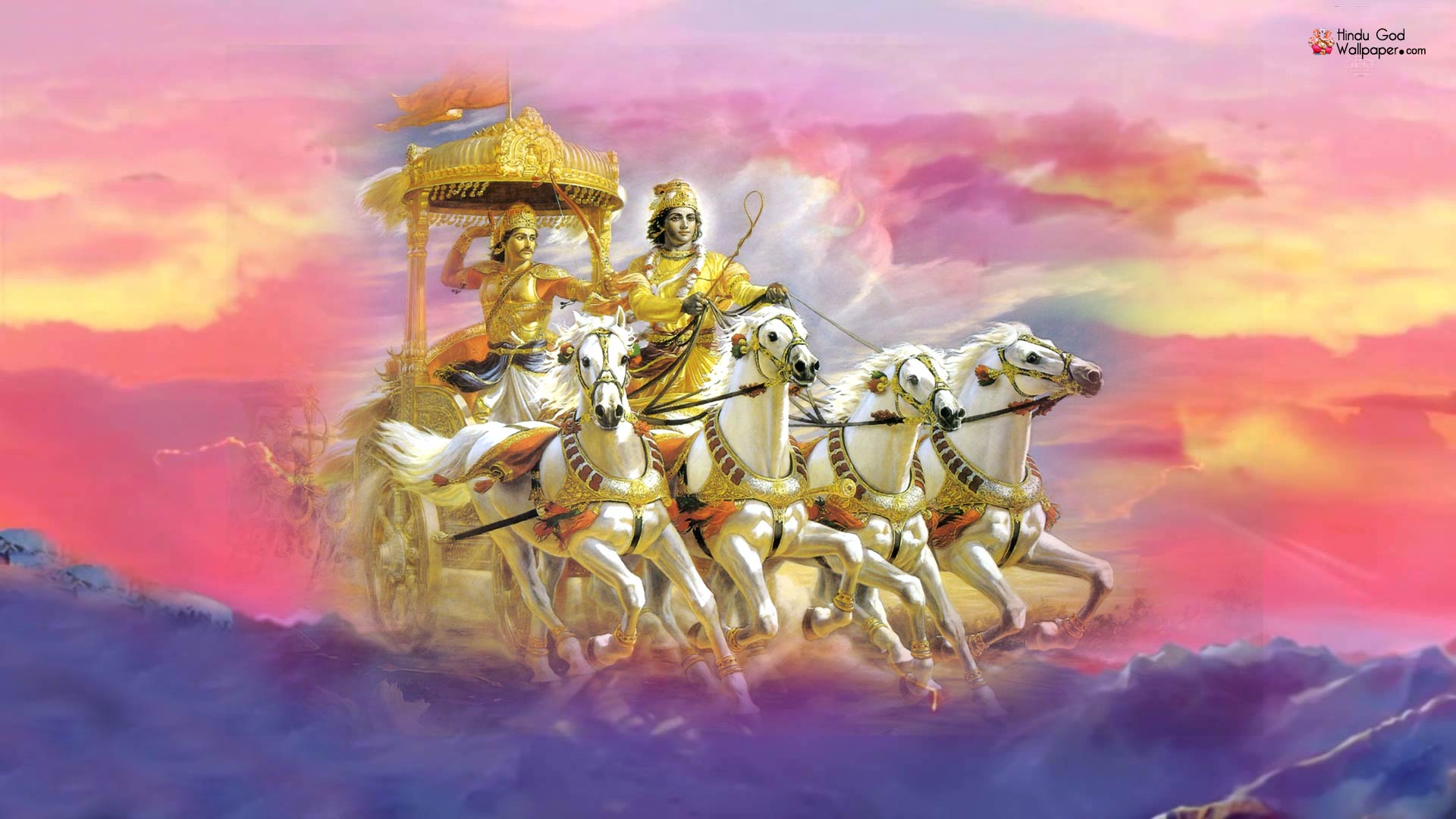 Arjuna said “ O Lord, you are the Only One BEING eternal, all knowing and the only…